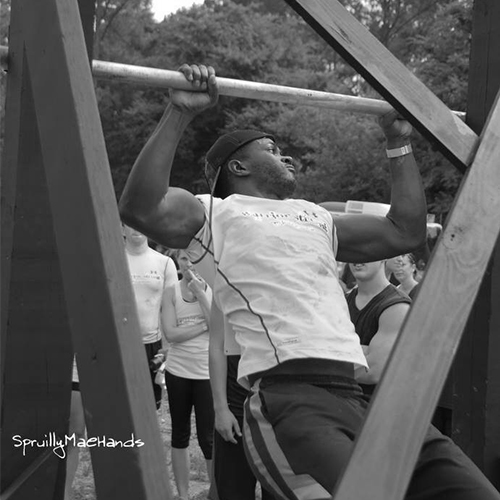 Cricket (as he’s known to most) is a graduate of Greensboro College, was a two-sport athlete participating in football for four seasons and finished his last season of eligibility playing lacrosse. He graduated with a BS in Exercise Science with dual concentrations in Exercise Studies and Sport Behavior, as well as obtaining a BS in Psychology. While in school, he worked at the Nike Coach of the Year Clinic in Orlando Florida and completed internships with the Greensboro College Football Team and at Proehlific Sports Performance (PSP). Upon completing his internship at Proehlific Sports Performance, he began working as a sports performance coach, where he worked with several championship athletes and teams. To earn more experience, Cricket was given the opportunity to work as the volunteer strength and conditioning coach for the Greensboro College Men’s Lacrosse Team for one year, where he and another volunteer coach designed and led training sessions. The team improved on the field, and more importantly, their culture and mindset from the year before. Cricket moved to Raleigh following his stints in the athletic strength and conditioning arenas in the Greensboro area, and has trained athletes and the clients at the Kraft YMCA and SportsHQ in personal and group fitness sessions. Cricket is excited to return to training and developing athletes at CrossFit South Wake, not only physically, but mentally as well. Currently, Cricket is working to obtain his CSCS and is also training for future military service. In the words of CrossFit South Wake Owner, Coach John Harper: “Cricket walked into our affiliate and there was an immediate connection in terms of an attitude and philosophy towards training. Cricket is exactly the type of coach we are lucky to have, especially for our Athlete Performance Programs. His philosophy and experience in programming for athletes is his passion, and that comes through in our box with his uncanny ability to get the most out of athletes looking to get ahead of their competitors. Outside of his incredible coaching ability, his athletic prowess, and ability to impart his vast knowledge in an effortless approach continues to impress us here at CrossFit South Wake. If you ever find yourself around Cricket, feel free to ask why people call him ‘Cricket’. We promise the response will be worth it!”